The Continuing Relevance of Clausewitz 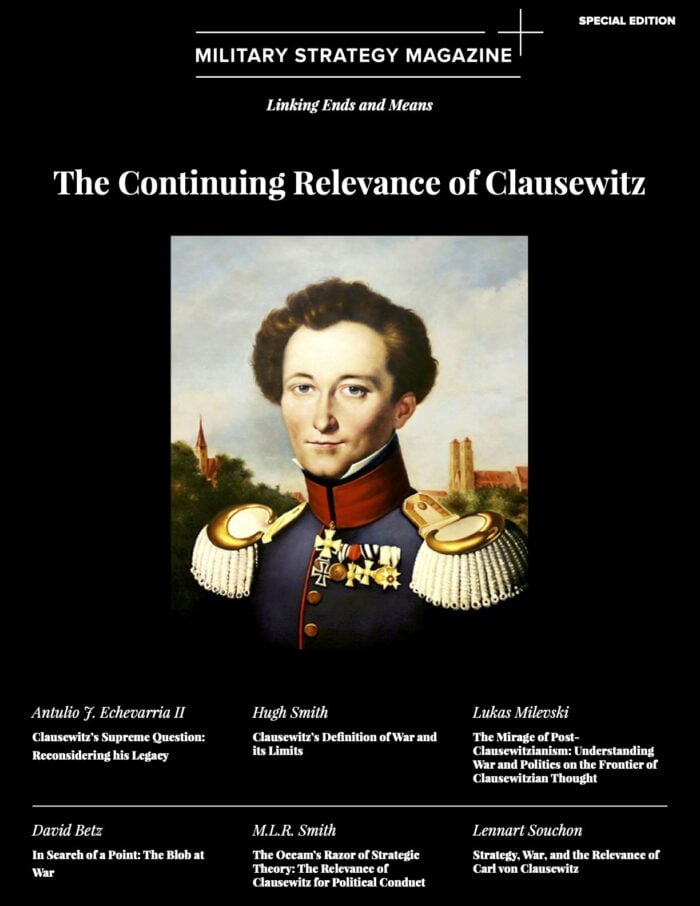 The Continuing Relevance of Clausewitz

In this essay, Antulio J. Echevarria II makes a case for including Clausewitz’s “supreme question” as an integral part of the Prussian’s legacy. The supreme question has not received as much attention as it deserves from scholars, who tend to stress the Prussian’s dictum regarding the primacy of policy; yet it reflects Clausewitz’s overarching emphases on critical inquiry and the importance of analyzing all three of war’s essential elements before entering a conflict.

Clausewitz's Definition of War and its Limits

Clausewitz’s understanding of the nature and function of war reflected the circumstances of his era. Over the years his analysis has come under serious challenge from various quarters, especially in recent decades. This article examines Clausewitz’s perception of war and considers the extent to which it has stood the test of time.

The Mirage of Post-Clausewitzianism: Understanding War and Politics on the Frontier of Clausewitzian Thought

Many have made cases against Clausewitz, often centering on the relationship between war and politik. Underlying such critiques is the assumption that this relationship has been culturally conditioned. Yet such charges are leveled with no consideration about how the critics’ own understanding of politics/policy is culturally conditioned. Often what is faulty is not Clausewitz, but the critics’ own sense of politics.

In Search of a Point: The Blob at War

Clausewitz’s concept of war is fundamentally true. The problem is that the foreign policy establishment of the West, aka ‘the Blob’, cannot handle the truth. Military force has a very limited range of utility. We should respect it more and use it less.

The Occam's Razor of Strategic Theory: The Relevance of Clausewitz for Political Conduct

While it may be contended that much of Clausewitz’s writings are of limited relevance to contemporary military practice, his injunctions about the relationship between war and policy contain an enduring significance for political conduct more generally, especially in the accentuation of the need to act with proportionality and the problems that are created when this principle is ignored.

Strategy, War, and the Relevance of Carl von Clausewitz

The article discusses the continued relevance of Clausewitz’s main lines of thought. The author argues that On War introduces five interrelated basic ideas (Hauptlineamente), which offer a timeless method to develop military strategies since they shape how to think rather than what to think about war. Using these lines of thought, the article offers a structured approach to developing a war plan.