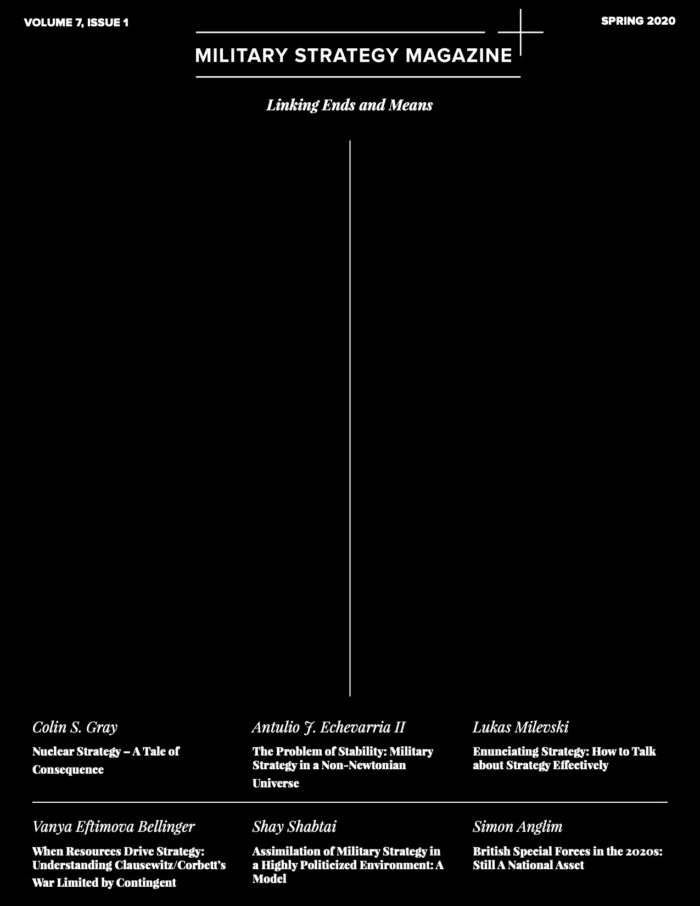 Nuclear Strategy – A Tale of Consequence

Russians should never be allowed to believe that a nuclear emphasis could be a source of strategic advantage.

The Problem of Stability: Military Strategy in a Non-Newtonian Universe

Although most of our strategic thinking pays lip service to the unstable nature of the environment in which strategy must operate, our strategies usually fail to account for that nature in any meaningful way. This article explores the implications of that failure.

Enunciating Strategy: How to Talk about Strategy Effectively

The lexicon of strategic studies remains incomplete. Lone formulations such as ‘strategy of’ are used to describe wholly different phenomena in strategy, which results in sloppy thinking and communication. This article therefore proposes a set of linguistic formulations for strategy, each of which separately describes one particular facet of and perspective on strategy, such as ends, ways, means, strategic effect, political rationales, time, geography, etc.

In recent years, the concept of war limited by contingent has gradually gained attention. Sir Julian Corbett credited Clausewitz as the original mind who first described the phenomenon. As finite means lead the strategy, this type of war-making seemingly contradicted the Prussian theorist’s understanding of politics’ preeminent role in war. Yet Corbett still considered it a useful concept. This article explores the historical and theoretical origins of war limited by contingent and argues that although a useful analytical tool when applied to modern conflicts from Afghanistan to Iran, it is not without its pitfalls and requires careful consideration.

Assimilation of Military Strategy in a Highly Politicized Environment: A Model

The phenomenon of military strategy being carried out in a highly toxic political environment is not new, but it seems that high-ranking military strategists must flex, to the limit, their cognitive muscles in the current stormy waters. The model presented in this article is set to enable them to identify the character of the challenge and the relevant mode of response: Initiating, Discussing, Coordinating, Bargaining or Withdrawing.

British Special Forces in the 2020s: Still A National Asset

The United Kingdom's Special Forces have featured prominently in British military campaigns since 2001 and, indeed, have been the main ground forces engaging the enemy in many of them. They have also been largely unaffected by the sometimes-severe cuts in defence spending in the UK since 1989. The paper contends that this is broadly justifiable, given the current political environment and the UK's strategic priorities but may lead to problems if certain issues are not addressed.