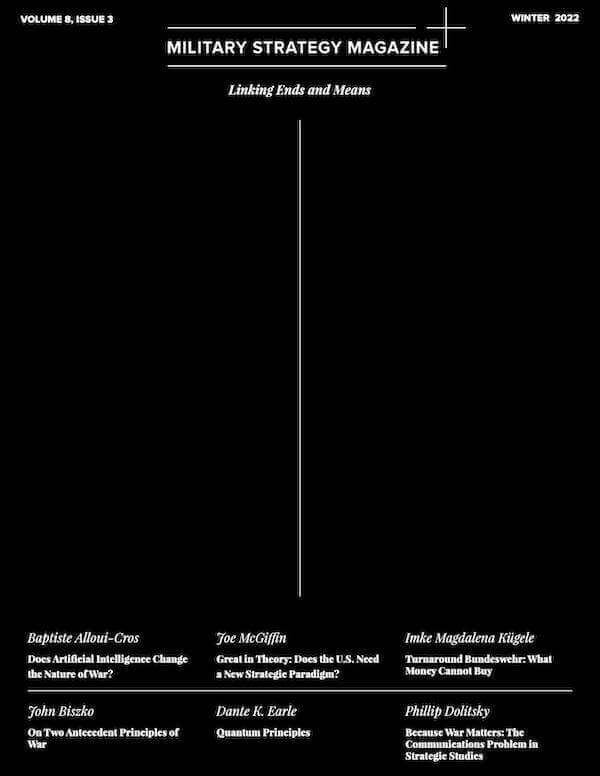 Does Artificial Intelligence Change the Nature of War?

The nature of war, as an innately human endeavour, has mostly been thought of as timeless and unchanging. Yet, the rise of Artificial Intelligence, on the battlefield just as in our decision-making process, seems to challenge this assumption. This article explores what this contention entails and suggests that, far from altering the nature of war, AI underlines what is at its core: psychology and passions.

Great in Theory: Does the U.S. Need a New Strategic Paradigm?

Military theory is the framework which shapes and drives the strategy of every nation, though its abstract nature often leaves it overlooked. This article studies the military theory underpinning the current U.S. strategic framework to identify potential weaknesses and offer alternatives. This paper finds that the United States relies on a flawed understanding of Revolutions in Military Affairs (RMA) theory and suggests that correcting its misperception would drive more effective use of technological innovation toward achieving political goals.

After Russian forces invaded Ukraine, German Chancellor Scholz decided that it was necessary to invest more in security. Within weeks, the German Parliament passed a law to establish a special fund for the German Armed Forces, the Bundeswehr. But money alone will not improve the Bundeswehr. German politics and the Bundeswehr need to improve their civil-military relations, and this is something money cannot buy. Increased funding must be accompanied by a broad discussion of what the money's for, and what role German society expects their armed forces to play within NATO and European security institutions.

On Two Antecedent Principles of War

This article explores the connection between quantum mechanics and military theory by identifying areas where three traditionally western principles of war (Simplicity, Economy of Force, and Objective) either express or discount subatomic realities. Viewing a more globalized and technological operating environment through quantum theory draws new attention to the value of emerging technology and political aptitude in determining an operational approach.

Because War Matters: The Communications Problem in Strategic Studies