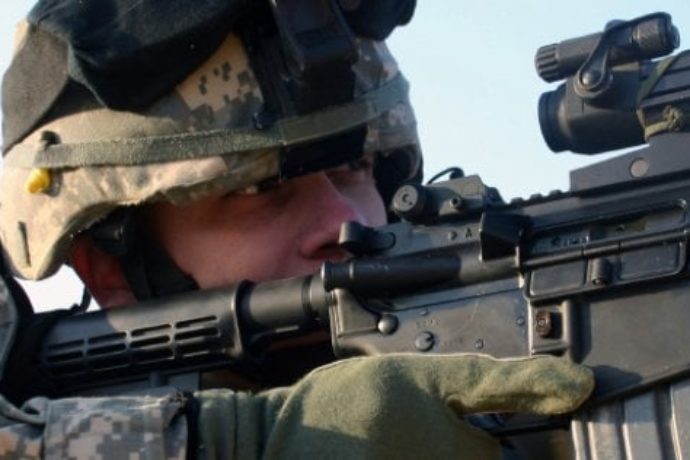 Within the halls of academia, doctrine-writing shops, and other institutions of prolific pontification two phrases are frequently bandied about: “words matter” and “context is king”.  And while these two phrases have been overused almost to the point of cliché, their accuracy in the context of war and strategy cannot be overstated.

First, let’s address the importance of terminology. Indeed, as the phrase says, words matter, but not just any words. The words must accurately describe “the thing” in as brief and clear language as possible. It is next to impossible, however, in the realm of politics, war and strategy, all of which are inherently human endeavors, to sum up such complex concepts in pithy alliterations and catchy buzzwords, despite what modern military doctrine and twenty-four hour news cycles lend us to believe.

The language that most clearly and accurately describes the topics important to strategists is not the overly scientific and “insider” language found in other disciplines. The language – the words used – most useful for describing strategy can be found in a common dictionary (though the dictionary definition of strategy itself is quite problematic).  However, the genius found in the great works of modern strategy is not prophetic simply through their use of common language, but rather how they use it to clearly describe the complex interaction of humans in politics and war. Their genius comes from their clear description of how these interactions impact – and are impacted by – the context.

And this brings us to our second phrase: context is king.  Besides being wonderfully pithy and alliterative, why is this phrase important to strategy? In the main, it is because strategy is ‘all context’. Without an understanding of what is occurring, why it is occurring (including historical context), how is it occurring, and what an actor is trying to achieve, then there is no strategy.  In other words, to truly understand a ‘thing’, and thereby attempt to change it according to some desired policy, those that are developing the strategy must know the context in which it is occurring and how it can be channeled to achieve a desired strategic effect.

Additionally, as described above, the complex nature of politics, war, and strategy cannot simply be described in catch phrases and buzzwords. These areas of human endeavor require narrative, not bullet points on a PowerPoint slide. Therefore, the context in which strategists lay out their work is as important as the language they use. The context must describe the key elements – most important of which is the “why”. Without the context of the political and strategic effect that policy makers aim to achieve, the ends (policy), the other two elements of strategy, the ways and the means, are largely worthless.

With the concepts of words and context in mind, and in the spirit of education that is at the core of Military Strategy Magazine’s mission, let us be very clear in our terminology here; namely in regards to the terms politics, war and strategy.

Far too often, when people hear the word ‘politics’ what immediately comes to mind are politicians or places, such as The White House, 10 Downing Street, Moscow Kremlin, The Knesset, CPC Politburo, and so on. Politics is not about a place or one’s occupation as a politician. Moreover, one may hear pithy statements such as “power over people” or, as the eminent American political scientist Harold Lasswell once wrote, “who gets what, when, how”. Although correct, they do not give us a sufficient understanding of what politics is. Let us be clear: politics is all about the distribution of power. The White House and the politicians found there, using one example, represent simply one place where politics is occurring, albeit on a large scale. Politics is best understood as a cycle concerning how power is distributed. That is, politics is the distribution and the redistribution of power that occurs both over and amongst any human community – a definition more along the lines of the views of Max Weber; though, reading between the lines you can see Lasswell’s “who gets what, when, how” in that definition as well.

War is not simply the interaction of two state-sanctioned militaries interacting through military means.  Rather, war is the use of violence as one tool of politics in order to compel an adversary to do your will.(1) The violence can take many forms and your desired effect of an adversary can be infinite, but what always remains is that it involves the use of force as an instrument to achieve an end. War is a political act to create a political change in an adversary that is beneficial to your own situation.

Strategy is a process of negotiation between those that develop the ends (policy makers) and those that execute, through ways and means, war.(2) This negotiation creates a narrative for employing the forces in such a way as to create the desired effect on an adversary. It is not a static product designed to allocate resources for a set contingency, nor simply a plan of action updated every five years.  It is a living and breathing process undertaken by and between human beings that is dedicating to determining the best policy for a desired outcome against an adversary, which must have the capacity to use or threaten violence, and how to develop and employ resources to achieve it. Any definition of strategy must contain the element of violence. The reason is simple: if one has no means (combat), one cannot have a strategy.

As can be seen by just the three concepts briefly illustrated above, the words used and the context described show that words matter and context is king.  This is not only important to Military Strategy Magazine (and are the standards to which we rigorously hold all submitted articles), but to a more thorough understanding of politics, war and strategy.