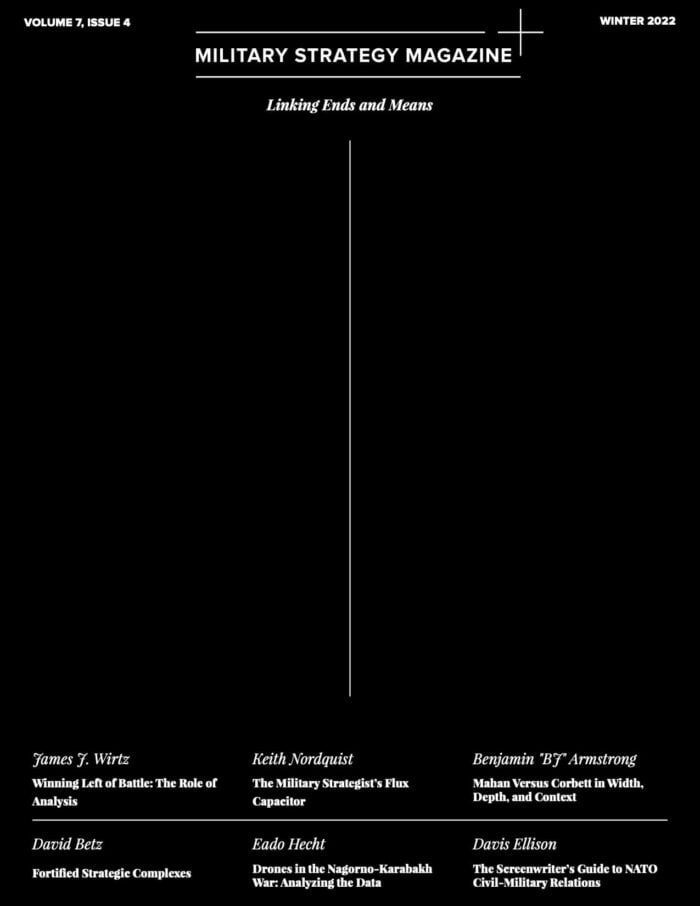 Winning Left of Battle: The Role of Analysis

The idea of winning the battle before the war involves using operations research, modeling and simulation, wargaming and qualitative analysis, to understand outcomes before they unfold in combat. U.S. Navy officers have much experience in this regard, but as this brief story of their response to the battleship Yamato demonstrates, it might be easier to develop left of battle insights when dealing with known technologies. When novel technologies and weapons are involved, left of battle analysis is less compelling.

Military strategy in the twenty-first century must better appreciate nation-states as systems in flux. To create advantages in such a system, strategists must more intentionally consider time by thinking “fourth-dimensionally.” A conceptual flux capacitor aids such thinking because it contextualizes the uncertainty of nation-state flux as the interaction of choice, cognition, and consequence.

Mahan Versus Corbett in Width, Depth, and Context

Today's strategic teachings tend to cast the maritime strategists Alfred Thayer Mahan and Julian Corbett as creating different schools of thought which are in competition with one another. This approach encourages strategists and naval officers to think of themselves as "Mahanian" or "Corbettian." However, this is a false choice. By examining Mahan and Corbett in width, depth, and context we see that understanding the history of the two men and the era in which they lived is vital to a clear assessment of their strategies and theories.

This article explains the surprising degree to which contemporary warfare revolves around fortifications. Fortified strategic complexes, as they are defined here, are central to the military operations of many states across a range of strategic contexts.

Drones in the Nagorno-Karabakh War: Analyzing the Data

The 2020 Nagorno-Karabakh War aroused a lively debate on the utility of drones and what they presage for future wars. However, the debaters generally neglected to provide factual data from the war to base their arguments. This article, within the limitations of availability and reliability, attempts to correct this lacuna.

Not unlike its treatment in film and in literature, NATO has been a neglected topic in civil-military relations,. This article adds to both the civil-military relations and history of NATO literatures by providing a more coherent approach to its institutional history and offering a guide through its specific focus on the dynamics between NATO's political and military organisations.