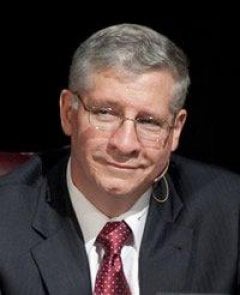 Professor Antulio J. Echevarria II is the Editor-in-Chief of the US Army War College Press, which includes the US Army War College Quarterly, Parameters. He has over 25 years of experience in the U.S. Army, having served in a number of command and staff assignments, including Director of Research for the US Army War College. He is a graduate of the US Military Academy at Westpoint, the US Army Command and General Staff College, and the US Army War College. He holds a doctorate in modern history from Princeton University, and is the author of six books, including After Clausewitz (Kansas 2001), Imagining Future War (2007), Clausewitz and Contemporary War (Oxford 2007), Reconsidering the American Way of War (Georgetown 2014), Military Strategy: A Very Short Introduction (Oxford 2017), and War’s Logic: Strategic Thought and the American Way of War (Cambridge 2021), as well as more than one hundred articles and monographs on strategic thinking, military theory, and military history. He completed a NATO Fulbright Fellowship in 2000-01, a Visiting Research Fellowship at Oxford University in 2011-12, and he formerly held the US Army War College Elihu Root Chair of Military Studies. Professor Echevarria is a Senior Research fellow at the Foreign Policy Research Institute, an Adjunct Fellow at the Modern War Institute, and a member of Military Strategy Magazine‘s Editorial Advisory Panel.

Reconsidering the American Way of War: US Military Practice from the Revolution to Afghanistan (Georgetown University Press: Georgetown, 2014)

After Clausewitz: German Military Thinkers Before the Great War, (University Press of Kansas, 2001)

The Army and Homeland Security: A Strategic Perspective, March 1, 2001

‘Fourth-Generation War and Other Myths”, November 1, 2005