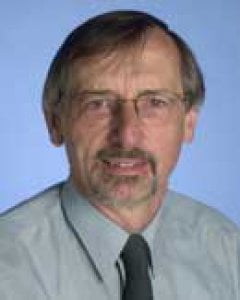 Dr Hugh Smith retired in 2004 as Associate Professor in Politics at the University of New South Wales at the Australian Defence Force Academy in Canberra where he had taught since the Academy opened in 1986. He has also lectured frequently at staff colleges in fields such as strategic thought, war and ethics, and armed forces and society and has made a number of submissions to parliamentary committees on defence matters. Dr Smith holds degrees from the London School of Economics and Political Science (LSE) and the Australian National University (ANU).

In September 2015 Dr Hugh Smith was appointed a Member of the Order of Australia (AM) “for significant service to higher education as an academic and researcher in the field of military sociology, and to the community”.

‘The womb of war:  Clausewitz and international politics’, Review of International Studies, vol. 16  no. 1 (January 1990)

'Review of the Ready Reserve Scheme', Report to the Parliamentary Secretary to the Minister for Defence, Unisearch, UNSW, 30 June 1995 (with Lt. Gen. John Coates)

‘The Use of Armed Forces in Law Enforcement: Legal, Constitutional and Political Issues in Australia’, Australian Journal of Political Science, vol. 33 no. 2 (July 1998)

On Clausewitz: A Study of Military and Political Ideas, Palgrave Macmillan, Basingstoke, 2005

‘What Costs Will Democracies Bear? A Review of Popular Theories of Casualty Aversion’, Armed Forces & Society, vol. 31 no. 4 (Summer 2005)

‘The Armed Forces Federation of Australia: The union that isn’t a union’ in Richard Bartle and Lindy Heinecken (eds), Military Unionism in the Post-Cold War Era, Routledge, London, 2006,

‘Ethics and intelligence in the age of terror’ in Alex J. Bellamy, Roland Bleiker, Sara E. Davies and Richard Devetak (eds), Security and the War on Terror, Routledge, Abingdon, 2008

"Educating for the profession of arms in Australia" (with Anthony Bergin), Australian Strategic Policy Institute, Special Report no. 49, Canberra, 2013