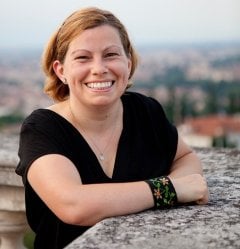 Vanya Eftimova Bellinger is an author and Assistant Professor of Strategy and Security Studies at Air University’s eSchool of Graduate Professional Military Education and Air Command and Staff College (U.S. Air Force). In 2015, she published her first book, Marie von Clausewitz: The Woman Behind the Making of On War (Oxford University Press USA). Previously, Bellinger taught as a Visiting Professor at U.S. Army War College (2016-2018). She is the winner of the 2016 Society for Military History Moncado Prize for her article “The Other Clausewitz: Findings from the Newly Discovered Correspondence between Marie and Carl von Clausewitz,'” The Journal of Military History 79 (April 2015). Bellinger is also a member of Military Strategy Magazine‘s Editorial Advisory Panel. She is a graduate of Norwich University’s Master in Arts Program in Military History (Cum Laude, 2011). She received her B.A. in Journalism and Mass Communications from the Sofia University, Bulgaria. Vanya Eftimova Bellinger completed a journalism fellowship at the Free University of Berlin, Germany (2003-2004) and has worked as an international correspondent for twenty years for major Bulgarian and German media. Professor Bellinger is also a contributor for The Strategy Bridge and War on the Rocks.

Marie von Clausewitz: The Woman Behind the Making of On War(Oxford University Press USA).

“Introducing Scharnhorst I: The Vision of an Enlightened Soldier “On Experience and Theory,” The Strategy Bridge (April 2019).

“Introducing Scharnhorst II: On the Nature of Leadership in War and the Role of Socio-Political Conditions,” The Strategy Bridge (May 2019).

“Introducing Scharnhorst III: The Military Society and the Concept of Continuous Education,” The Strategy Bridge (June 2019).

“What Vicenza, Home of the 173rd Airborne, Looked Like Two Centuries Ago,” War on the Rocks (January 2016).

“A Portrait of Clausewitz as a Young Officer,” War on the Rocks (October 2015).

“What a Letter from Clausewitz Tells Us about the Prussian Master and His World,” War on the Rocks (August 2015).

"The Other Clausewitz: Findings from the Newly Discovered Correspondence between Marie and Carl von Clausewitz,'" The Journal of Military History 79 (April 2015).