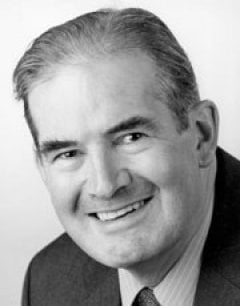 *Colin Gray passed away in March 2020. As one of the original Editorial Panel Members, and because of his true friendship with us, Colin will remain a member of the Panel. We aim to keep the memory of him, as well as his works, alive*

Professor Colin S. Gray was a strategist, author and professor of international relations and strategic studies at the University of Reading, where he was also the Director of the Centre for Strategic Studies. Professor Gray served five years in the Reagan Administration on the President’s General Advisory Committee on Arms Control and Disarmament, including studies of nuclear strategy, maritime strategy, space strategy, and Special Forces. Professor Gray was also a member of Infinity Journal’s Editorial Advisory Panel (now, Military Strategy Magazine). He has written well over 100 articles, over 25 books, including Fighting Talk: Forty Maxims on War, Peace, and Strategy, (2007), Another Bloody Century: Future Warfare (2005), The Strategy Bridge: Theory for Practice (2010), and War, Peace and International Relations: An Introduction to Strategic History (2nd Edition, 2012). His most recent book is Theory of Strategy, (2018).

The Future of Strategy (Cambridge: Polity, 2016)

Strategy and History: Essays on Theory and Practice(Abingdon, UK: Routledge, 2006).

The Sheriff: America's Defense of the New World Order(Lexington, KY: The University Press of Kentucky, 2004).

Strategy for Chaos: Revolutions in Military Affairs and Other Evidence of History(London:: Frank Cass, 2002).

The Leverage of Sea Power: The Strategic Advantage of Navies in War(New York: The Free Press, 1992).

War, Peace, and Victory: Strategy and Statecraft for the Next Century(New York: Simon and Schuster, 1990).

The Geopolitics of Super Power(Lexington, KY: University Press of Kentucky, 1988)