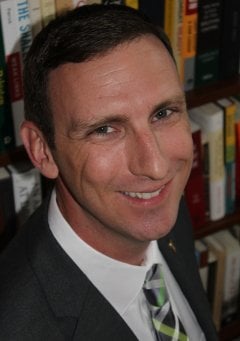 Nathan K. Finney is an officer in the U.S. Army, currently serving as a Goodpaster Scholar and pursuing a doctorate in history at Duke University. He is the co-editor and an author of Redefining the Modern Military: The Intersection of Profession and Ethics and On Strategy: A Primer, which will be published in late summer 2020.

Nathan is also a term member at the Council on Foreign Relations; a Non-Resident Fellow at the Australian Strategic Policy Institute; a former Non-Resident Fellow at the Modern War Institute at West Point; the creator, co-founder, and first Executive Director of the non-profit organization The Strategy Bridge; a founder and former board member of the Military Writers Guild; founder and first Managing Director of the Military Fellowship at the Project on International Peace & Security; and a founding board member of the Defense Entrepreneurs Forum.