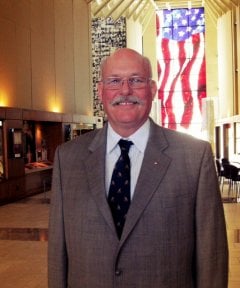 Kevin Benson taught at the U.S. Army’s Red Team School at Fort Leavenworth, Kansas from 2007 to 2017.  He served in the U.S. Army for 30 years.  His final assignment in the Army was Director, School of Advanced Military Studies at Fort Leavenworth Kansas, from 2003-2007.  He was the Director of Plans for Third U.S. Army and the Combined Forces Land Component Command at the beginning of Operation Iraqi Freedom, from July 2002 to July 2003.  He had the privilege of commanding the 3rd Battalion, 8th Cavalry from 1998-2000, at Fort Hood, Texas.  In October 2010 he returned to Baghdad at the request of the Commanding General, US Forces-Iraq to assist in planning the successful conclusion of US operations Iraqi Freedom/New Dawn in Iraq.

In February 2018, at the invitation of the commanding general, Kevin supported a two week long classified theater level war-game for US Army Pacific in February 2018.  In 2019 he supported a similar level effort of three weeks in duration for the US Central Command J-4, a strategic level war game analysis of the theater based upon the 2018 National Defense Strategy.  He moderated a four day seminar on planning for the commanding general and staff of the 2nd Marine Division, August 2019.

Kevin is a 1977 graduate of the United States Military Academy.  His military education includes; the U.S. Army Armor Officer Basic Course (1977), U.S. Marine Corps Amphibious Warfare School (1983), U.S. Army Command and General Staff College (1991), and the School of Advanced Military Studies (1992).  He also attended the Massachusetts Institute of Technology Security Studies Program as a War College Fellow in 2001.  He earned a Ph.D. in American history from the University of Kansas in 2010.  He was a SEN Robert J. Dole Fellow at the Dole Institute of Politics in 2011.

Kevin’s military awards and decorations include the Distinguished Service Medal, the Legion of Merit, the Bronze Star, the Iraq Campaign Medal, the Humanitarian Service Medal (Hurricanes Andrew [1992] and Katrina [2005]), and the United Nations Medal for service in Haiti [1995].