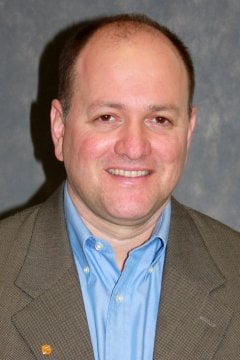 Dr. Eitan Shamir is an Associate Professor in the Department of Political Science at Bar Ilan University and a Research Associate with the Begin-Sadat Center for Strategic Studies (BESA). Prior to his academic position, Shamir was in charge of the National Security Doctrine Department at the Ministry of Strategic Affairs, Office of the Prime Minister (Israel). Prior to joining the government, Shamir was a Senior Fellow at the Dado Center for Interdisciplinary Military Studies (CIMS) in the IDF.

His research interests and publications focus on topics such as command, military reforms, and military and strategic culture. His is the author of Transforming Command: The Pursuit of Mission Command in the US, UK and Israeli Armies, (Stanford UP, 2011). Eitan Shamir has been teaching at the IDF Command and Staff College, IDF Operational Art Course, and the IDF Junior Officers academic program. He holds a PhD from the Department of War Studies at King’s College London.

Transforming Command: The Pursuit of Mission Command in the US, UK and Israeli Armies, (Stanford, CA: Stanford University Press, 2011)

“The Long and Winding Road: The US Army Managerial Approach to Command and the Adoption of Auftragstaktik (Mission Command)” Journal of Strategic Studies, Vol. 33, No. 5, 647-674, October 2010.

“Between Blitzkrieg and Operational Art”, Ma’archot, No. 436

“Learning from Foreign Militaries? Who Should the IDF learn from?” With Col. Meir Finkel, head of IDF Ground Forces Doctrine & Concepts Department, Ma’archot, No. 433 (October, 2010) [Hebrew]

“Whether Mission Command?” With Dr. Uzi Ben Shalom, Ma'arachot, No. 418, (April, 2008), [Hebrew.] The article won the Chief of Staff Award for Military Writing