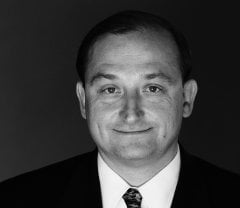 Dr. Donald J. Stoker Jr. was Professor of Strategy and Policy for the US Naval War College’s Monterey Program at the Naval Postgraduate School in Monterey, California, from 1999 until 2017. In 2016, he was a Fellow of the Changing Character of War Programme at the University of Oxford’s Pembroke College. In 2017-2018, he was a Visiting Fellow and Distinguished Diplomatic Academy Fulbright Professor of Political Science at the Diplomatic Academy in Vienna, Austria.

The author or editor of over 70 publications, including 11 books, his most recent book is Why America Loses Wars: Limited War and American Strategy From Korea to the Present (Cambridge University Press, 2019). His Carl von Clausewitz: His Life and Work (Oxford University Press, 2014), is on the British Army professional reading list. His The Grand Design: Strategy and the US Civil War, 1861-1865 (Oxford University Press, 2010), won the prestigious Fletcher Pratt Award, was a Main Selection of the History Book Club, and is on the US Army Chief of Staff’s reading list. He has also published two books on the arms trade and four on military and police advising.

Donald serves on the editorial boards of the magazines and journals Military Strategy Magazine, Small Wars & Insurgencies and Defense & Security Analysis, and is the co-editor of Helion & Company’s Modern Military History book series. He is currently writing American Grand Strategy, 1775-2020 for Basic Books and is a Senior Fellow at Atlas Organization in Washington, DC.

Stoker, Donald. Why America Loses Wars: Limited War and US Strategy From Korea to the Present. Cambridge: Cambridge University Press, 2019. In production for August 2019 publication.